As part of our technical analysis process, we try to develop long-term models for the financial markets – where possible.

Often, long-term forecasts and Elliott Wave models are not possible to arrive at in any meaningful way, because of the fact that financial markets frequently develop bifurcation points in the wave structure, which sometimes create situations with very low predictability.

At other times, the markets present structures which allow long-term Elliott Wave models to be developed and presented.

Let’s have a look at one such model we made for the Shanghai Composite back in 2012. Here’s a simple weekly chart of the Shanghai Composite, with the comment inserted, and our Elliott Wave model generally outlined with light blue dashes. (Click the chart to open in full-size in new browser tab.) 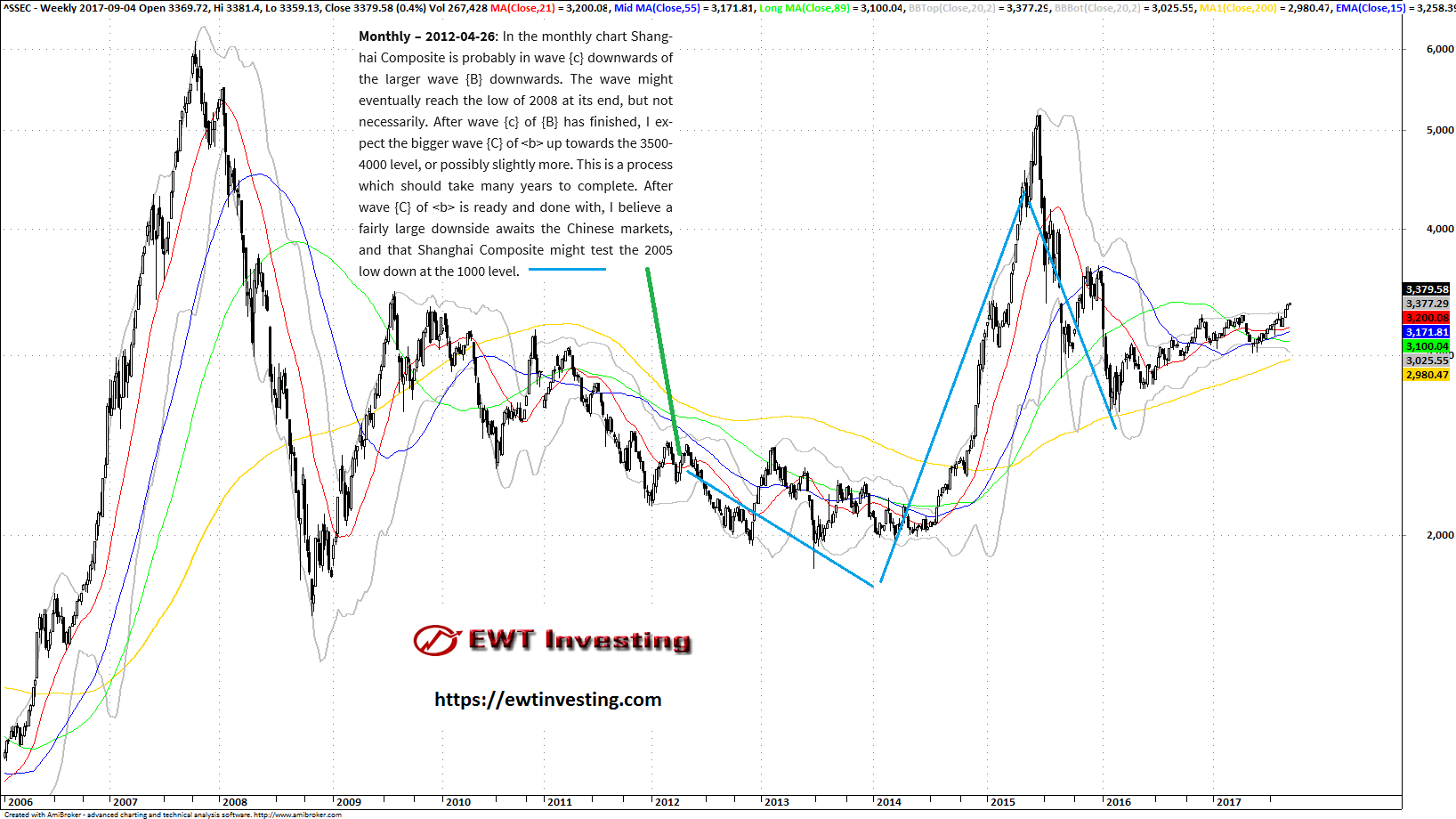 On the 26th of April 2012, we presented an Elliott Wave model, which suggested that over the next few years, the Shanghai Composite would trend towards but not necessarily past the 2008 lows, and from a bottom formation, explode upwards to “3500-4000 or slightly more”, and then “fairly large downside” would await the Chinese markets, with the Shanghai Composite possibly even break 1000.

In other words, our at that time 4 year old model had quite accurately delivered a bottom formation, a very strong advance and a 50% correction.

The only adjustment which needed to be made to the model is that in 2016, we concluded that a slightly different development than expected 4 years earlier, had eliminated the need for Shanghai Composite to hit the 1000 level (not shown in the above chart). It might still happen, but is no longer a formation requirement.

Our Shanghai Composite technical analysis section is updated 1x per week, usually on Mondays. Access to it is included in the Global Elliott Wave Coverage subscription.