A key feature of our analysis services, is the adaptive channel system we use for detecting financial market price extremes. An – in our humble opinion – faulty premise of some Elliott Wave Theory practitioners, is to only look at price data. Anyone advocating this misses the point that markets vary in predictability over time. Corrective patterns tend to develop in very complex, unpredictable ways, setting up numerous important bifurcation points that can sometimes severely lower predictability.

Hence, we do use technical indicators and various classical technical analysis tools as well. If the market enters an unpredictable phase, one which will only clear up the Elliott Wave patterns at its end, why would you not use other tools in the mean time?

One tool which is included in every single analysis update of any financial instrument we follow, is our adaptive channel system, which is very good at detecting oversold and overbought conditions, i.e. conditions that are overextended in either direction, and which are very likely to produce a sideways movement or a trend reversal.

For today, we provide a chart of the Indian stock market index BSE Sensex (BSESN) as an example. BSESN recently hit an overbought condition at the outer bounds of the channel, causing us to issue this warning in the BSE Sensex analysis page:

In other words, the probabilities greatly favoured the market correcting either down or sideways, or at minimum to slow down the rate of advance greatly. Here’s what happened over the next few days (click the chart to open a full-size version of it): 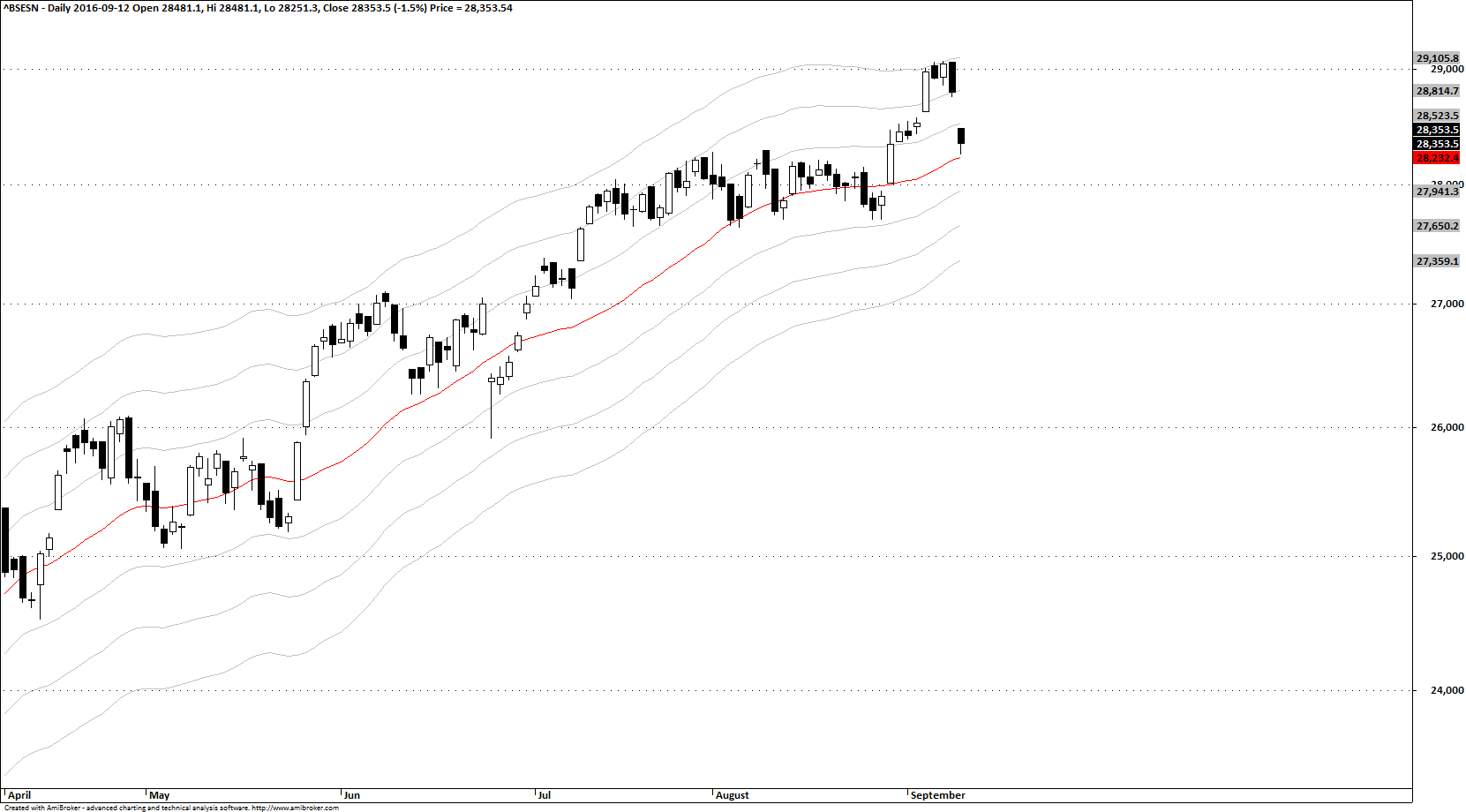 As you can see, the market did drop back to the channel midline, relieving the overbought condition entirely in one fell swoop, as well as eradicating almost two months of price gains.

Is this system perfect? No. No system is perfect. However, the adaptive channel system is very good at pointing out when a price move has reached such an extreme that it more or less has to slow down or even correct. Exceptions do occur, but in our experience, they are rare.