Let’s take a look at a chart (click the chart below to open a full-size version of it). 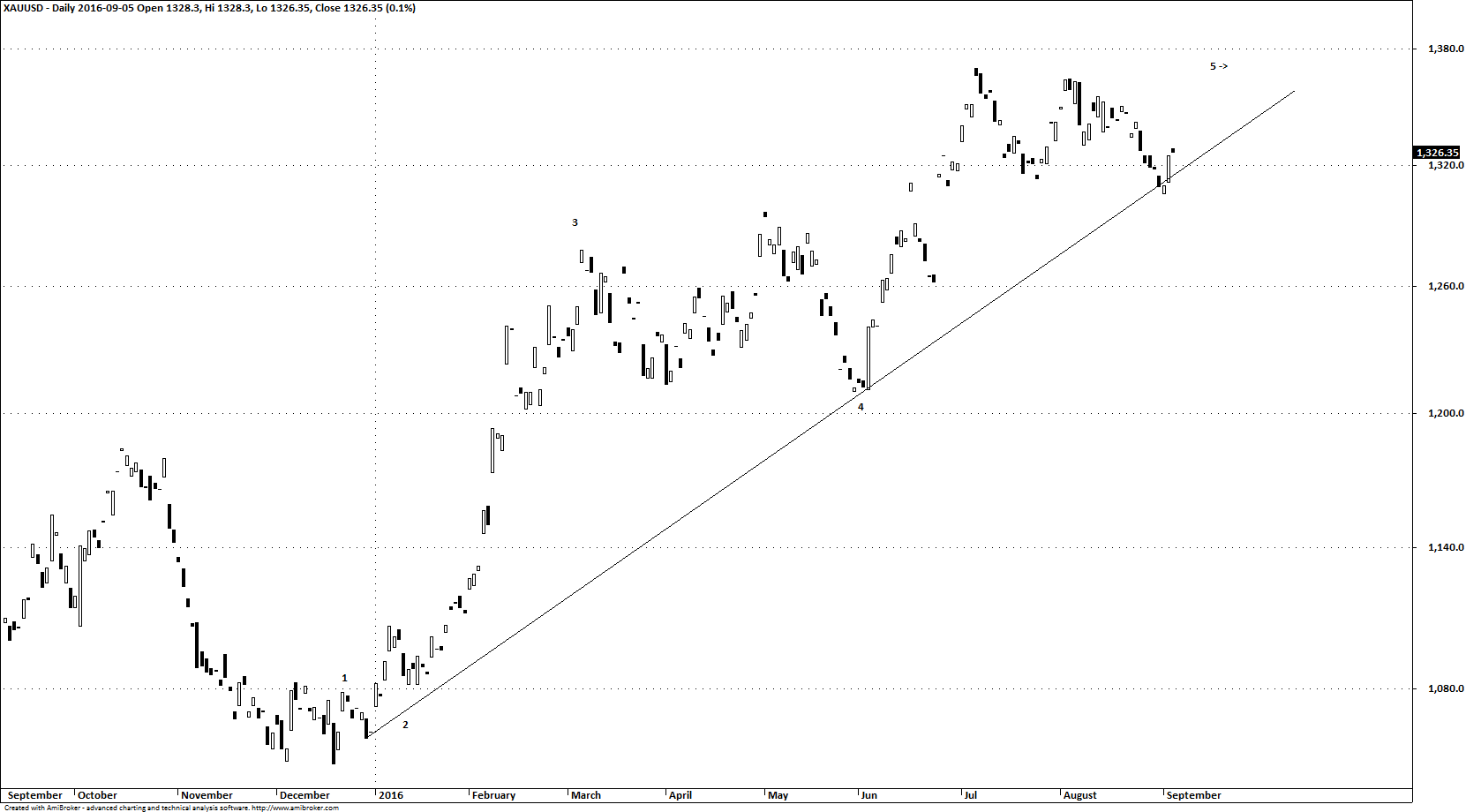 It seems highly likely that the advance after the low marked 4, is a corrective advance. That is a very important piece of information, because it tells us that some type of triangle is extremely likely to be underway in the gold price.

Either, we are looking at a continuation of wave 4, in which case it is becoming a Running Triangle, with a massive outbreak upwards, a move of several hundred USD. The exact target cannot be set right now, the market must give more information.

Or, wave 5 is going on, and is turning into a rising wedge type of corrective impulse (sometimes called an Ending Diagonal Triangle or a Terminal Impulse).

Both of these developments are possible for now, because of a structural compatibility between the scenarios, given the requirement for corrective waves in both of these outcomes.

The market will soon allow us to differentiate between these scenarios through critical levels, but none such levels are available yet.

It should be noted that a fairly binary event is setting up – either gold will break sharply downwards (possibly that’ll happen if the Federal Reserve does raise rates again and the market decides to love the USD as a result), or some type of event will cause a strong wave 5 upwards, out of a potential Running Contracting Triangle.

In other words, whatever directional move occurs, it is likely to be a spectacular, strong and quite sustained move.

At the time I write this, it’s not yet possible to satisfactorily determine which of these outcomes is the most likely. But Gold/USD is updated at least once per week in our services, should you wish to stay informed of our Elliott Wave Theory analysis perspective on the Gold/USD price, and how it changes over time.