The Brazilian stock market might be close to finishing a large upwards impulse.

Take a look at this chart (click it to view full-size version): 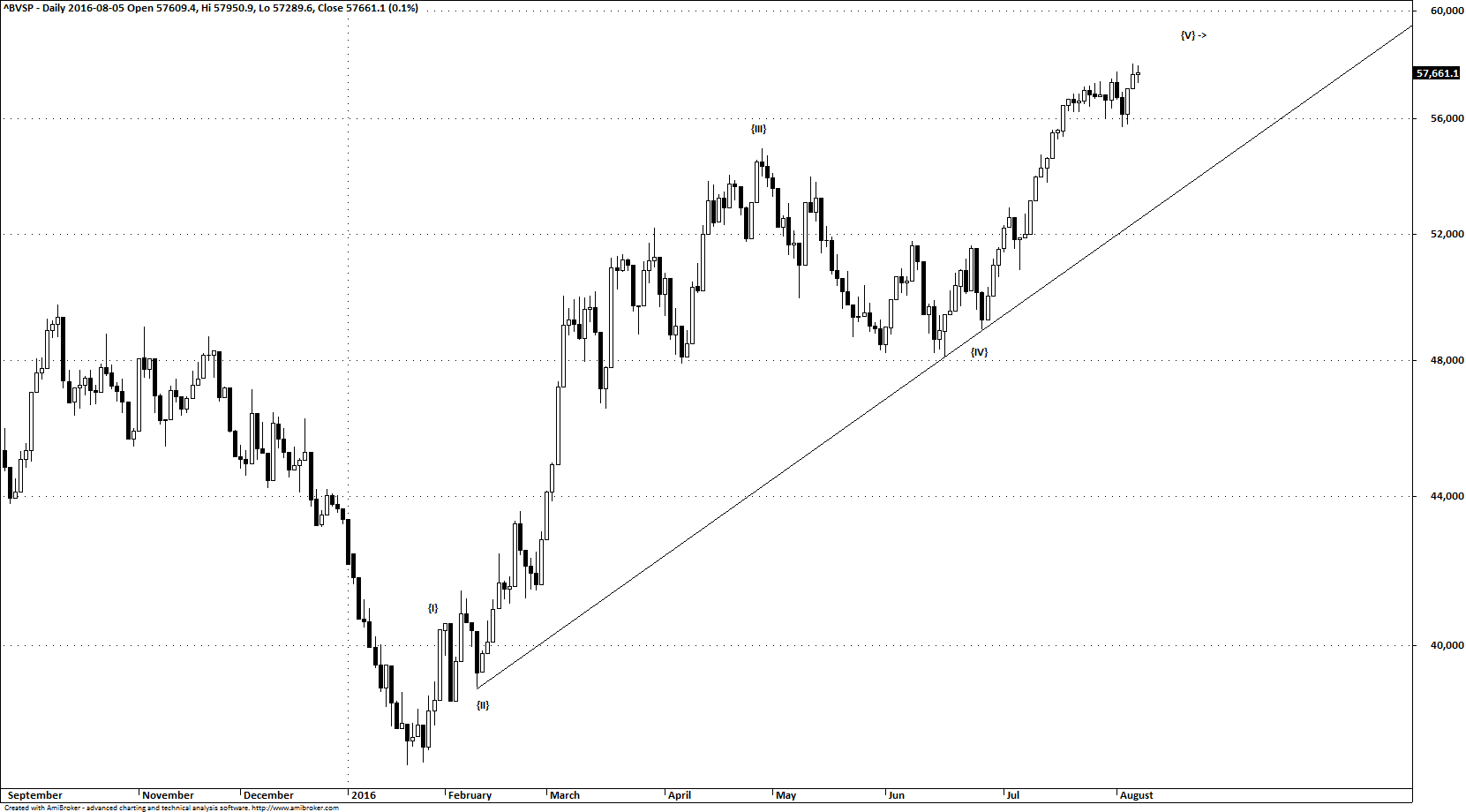 What is up for debate is the exact endpoint for wave {IV}, it could be either of the lows touching the {II}-{IV}-trendline. If the bottom occured at the first low, then the advance in wave {V} still has some time left (1-2 weeks), including a sideways consolidation due to start soon, followed by one last move upwards. If it is the second low, then wave {V} could be over at any time.

What follows the completion of wave {V}? At least  some form of ABC-correction is to be expected.

In the Bovespa Index-section (membership required to view), you’ll find our longer-term assessment of the Brazilian stock market on multiple time frames.